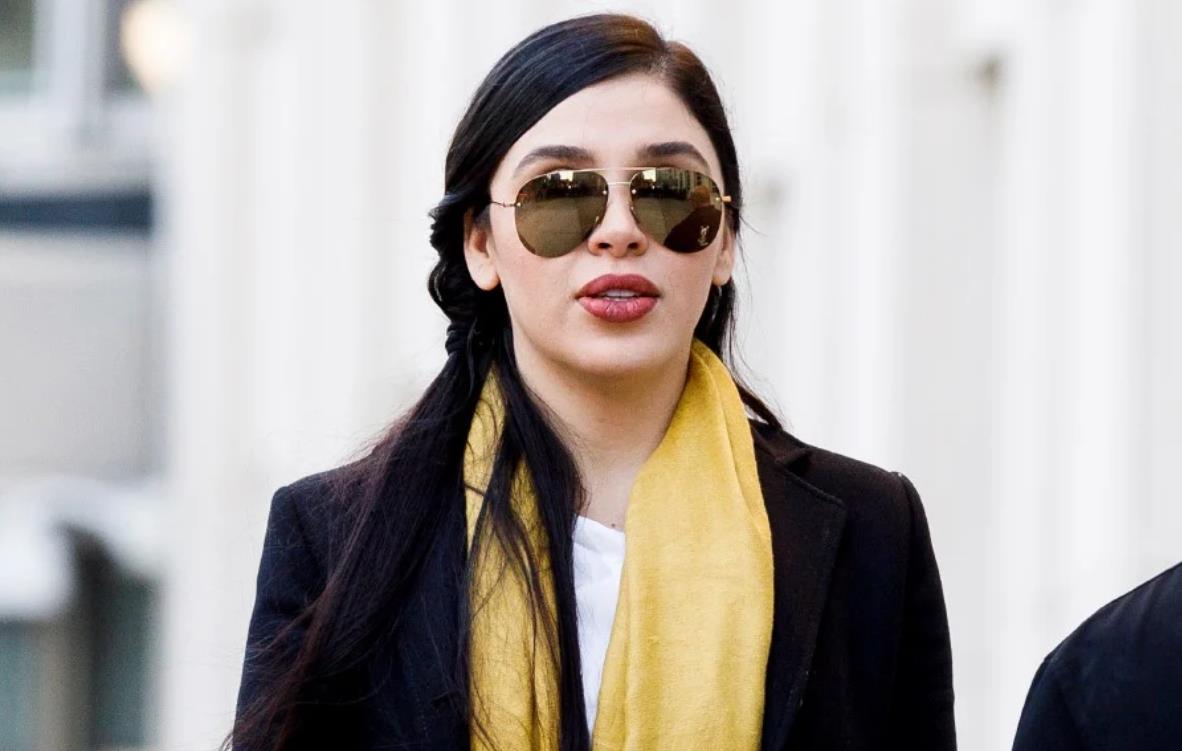 Emma Coronel Aispuro, 31, faces one charge of conspiracy to traffic cocaine, methamphetamine, heroin and marijuana for importation into the United States, it said.

Guzman was the leader of the Sinaloa Cartel, one of Mexico's most notorious drag trafficking groups.

He ran an operation that delivered hundreds of tons of narcotics into the United States and was behind multiple murders of those who crossed him, according to court filings.

He was extradited to the United States in 2017 to stand trial, and was convicted and sentenced to life in prison two years later.

Coronel, according to the Justice Department, took part in cartel activities and also allegedly assisted in two plots to help Guzman escape from Mexican prison, including the successful first one in 2015.

It was not previously known that US authorities intended to arrest her.

A dual US-Mexico citizen and the mother of twins by Guzman, Coronel appeared in court nearly every day of his three-month trial in New York.

She had barred from all contact with him during more than two years of pre-trial detention.

But during the trial, each day as he entered and left the courtroom, Guzman touched his heart and blew a kiss to Coronel.

During the trial there were suggestions that she was involved in his business and prison escape, but authorities let her come and go freely.

"I can only say that I have nothing to be ashamed of. I am not perfect, but I consider myself a good human being who has never hurt anyone intentionally," she said at the end of the trial.

Guzman was locked up in the highest-security prison in the United States, the ADX federal prison in Florence, Colorado.

Months later, Coronel appeared on the VH1 reality series "Cartel Crew," about the lives of people seeking to break away from families involved in the drug trade.

In an episode filmed aboard a luxurious yacht near Miami, Coronel tells Michael Blanco, the son of Colombian cocaine queen Griselda Blanco, that she wants to have a normal life, and is thinking about launching a clothing line in the name of her husband.

"Sometimes you just want to do what other people do," she says while sipping champagne.

Coronel is expected to appear by video conference in federal district court in Washington on Tuesday.--AFP