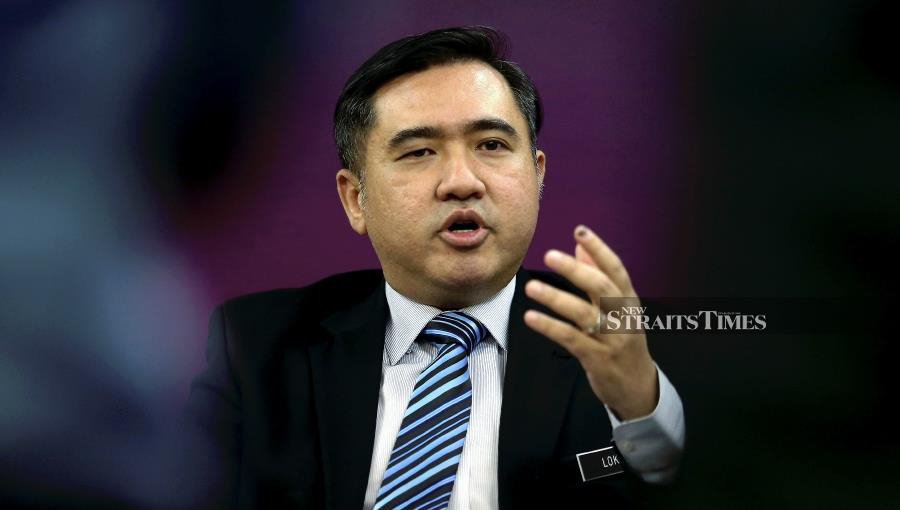 KUALA LUMPUR: Despite its relatively small size, Malaysia is a strategic maritime hub in Southeast Asia.

Two of the region’s main maritime corridors — the South China Sea and the Straits of Malacca — navigate through Malaysia’s territorial waters and exclusive economic zone.

Maritime and shipping industry players said that these two corridors are vital for the trillion-dollar global shipping industry, as well as for the enforcement agencies of Asia-Pacific nations.

“So, too, is the airspace that connects international airlines to boost trade, commerce and tourism,” said an industry player.

Transport Minister Anthony Loke said Malaysia is taking advantage of its strategic location to develop into a bunker (fuel supply for ships) hub.

“We are embarking on developing the country for bunkering at the busiest shipping lanes in the world,” he said.

However, owing to its multi-billion dollar resources, the South China Sea has often become a source of tension between Asean nations, China and even the United States.

They supported the call by Prime Minister Tun Dr Mahathir Mohamad for regional leaders to exercise caution to prevent a flare-up and ensure continued peace and stability in the region.

“Any tension in the South China Sea and the Straits of Malacca will not benefit anyone, especially stakeholders. There is more to lose than to gain.

“We have to look at the larger picture and work together for mutual benefit,” said an analyst, adding that Malaysia did not take sides with any nation.

At the recent East Economic Forum in Vladivostok, Russia, Dr Mahathir reiterated his call for superpowers like the United States and China to exercise restraint in the South China Sea.

The United States plans to deploy missiles and more warships in the Asia-Pacific, which could cause China to reciprocate.

Dr Mahathir had warned that all it needed was for an ‘accident’ to occur, to spark a war that could destabilise the entire region.

“We are in favour of the idea of a joint Asean initiative in having dialogues with giants like China, the United States, Japan, India and Russia.

“Likewise, defence and security pacts and cooperation would do away with the need for nations to begin an arms race,” said the analyst.

Defence and security procurement is an expensive affair and not conducive in the current global economic scenario.

“It is better to promote defence and security diplomacy than become confrontational.

“Look at what became of the Middle-East and other parts of the world when conflicts and war ensued.

“This has caused a lot of suffering all around,” the analyst said.

Malaysia, for instance, has the General Border Committee meetings, bilateral agreements with Asean neighbours and other nations, as well as the Five-Power Defence Arrangement (involving Malaysia, Singapore, Britain, Australia and New Zealand), which are effective in containing threats.

In recent times, Malaysia has increasingly become a port-of-call for commercial and naval ships at Kota Kinabalu in Sabah, Tanjung Pelepas in Johor and the facilities at Westport, the Boustead Cruise Centre in Pulau Indah and Port Klang in Selangor.

“A lot has also to do with the cost-efficient chandler services provided by Malaysia, compared with its neighbours,” said a shipping agent.