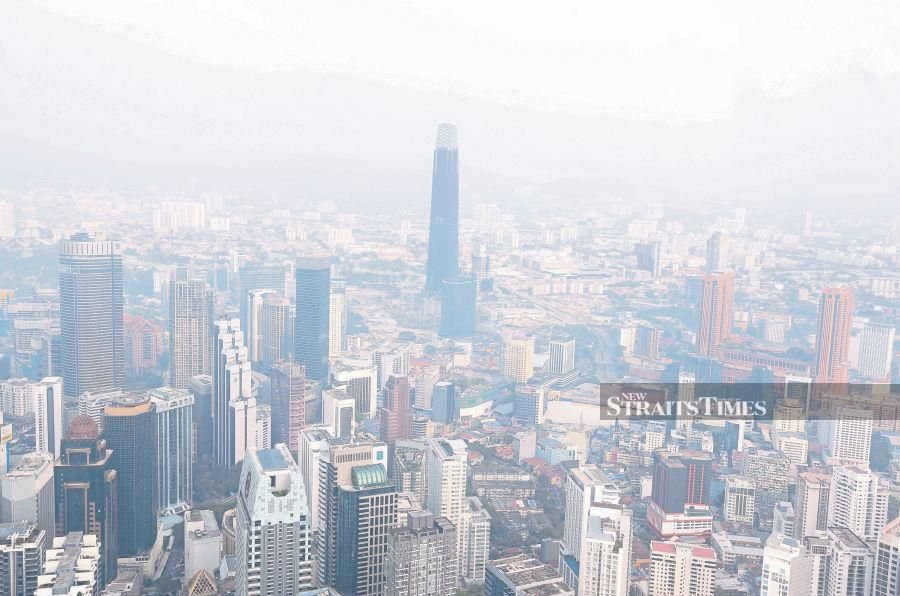 He said the current wind direction would bring the transboundary haze here from the forest fires in Indonesia, particularly in Kalimantan.

The Health Ministry, he said, expected the number of patients seeking treatment for respiratory-related ailments at public clinics and hospitals to increase significantly during the haze.

“When the Air Pollutant Index (API) gets higher, individuals without any respiratory illnesses are likely to have symptoms such as dry eyes and throat irritation.

“For individuals with respiratory illnesses such as asthma and chronic obstructive pulmonary disease, the symptoms are expected to worsen.

“Reduce outdoor activities. But if such activities are necessary, wear a mask, drink lots of water and see a doctor if you display any symptoms.”

Despite the haze, the Ujian Pencapaian Sekolah Rendah examination will continue for thousands of schoolchildren.

Sarawak, the worst-hit by the haze, has 40,448 pupils sitting the UPSR. Mathematics and Science papers were scheduled for yesterday until Sept 12.

The National Union of Teaching Profession (NUTP) urged schools to follow the instructions issued by the Education Ministry in the circular issued this year on autonomy for schools to decide to shut if the API exceeded 200 (very unhealthy).

The haze has not affected programmes for national athletes.

“Athletes are guided by the Sports Institute of Malaysia. If the situation worsens, we will make a decision based on its advice.”

Up to 5pm yesterday, seven states in the peninsula registered unhealthy API readings.

In the Federal Territories, Putrajaya recorded a reading of 140, while areas in Kuala Lumpur with unhealthy readings were Batu Muda (166) and Cheras (153).

In Melaka, Bukit Rambai had a reading of 107 and Alor Gajah recorded 103.

Sarawak, badly hit in the last few days, had a brief respite yesterday with readings at several API stations dropping from the “very unhealthy” range to “unhealthy”.

Only Kimanis in Sabah recorded a good API reading of 46, while the rest of the nation’s API readings were at the moderate level.