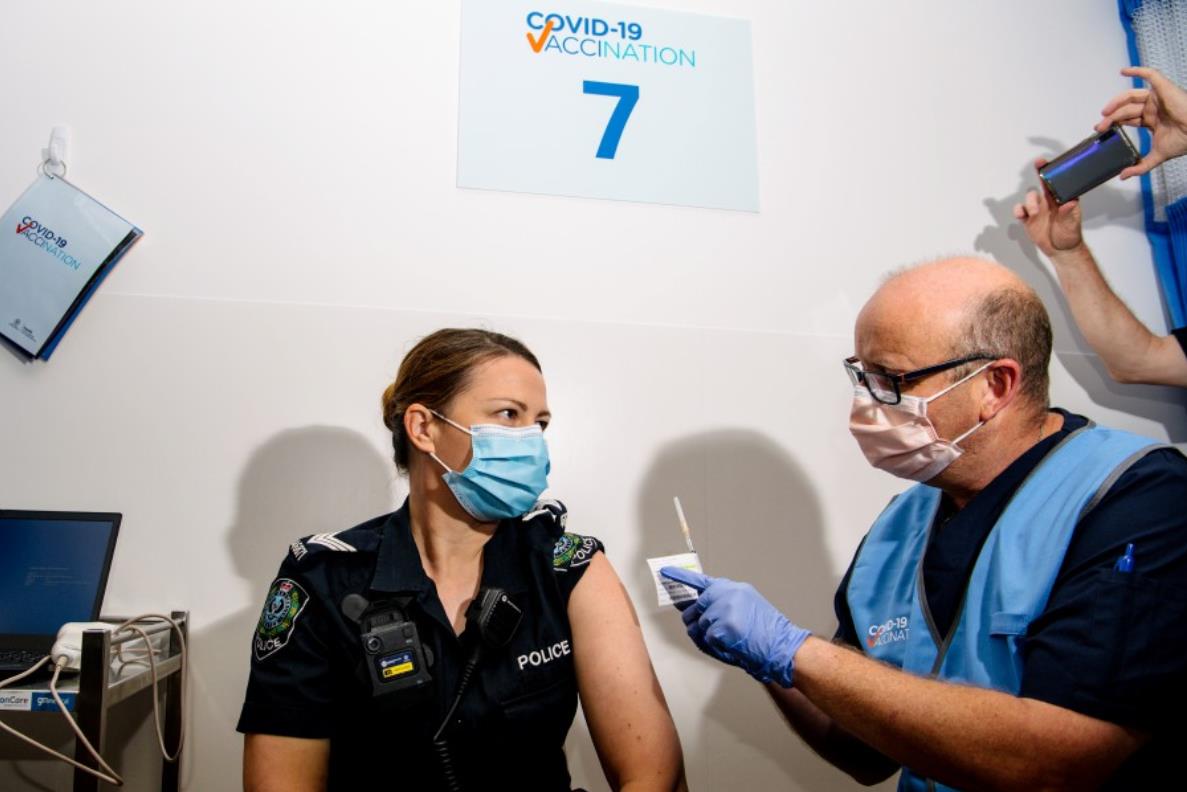 MELBOURNE: Australia launched its public rollout of the Covid-19 vaccine Monday amid protests over the campaign, including a vocal show of opposition by crowds at the final of the Australian Open.

Some 60,000 doses are set to be given this week, starting with frontline workers – from healthcare staff to hotel quarantine employees and police – and residents of aged care homes.

Morning television news programmes showed the first shots being administered to medical and quarantine staff in Melbourne and Sydney, a day after Prime Minister Scott Morrison received his jab in a "curtain-raiser" event aimed at convincing Australians the vaccine was safe.

The launch was overshadowed by scattered but vocal anti-vaccine protests in major cities, capped by an outburst by tennis fans at the men's final of the Australian Open Sunday night.

During the awards ceremony after Novak Djokovic won his ninth Australian Open title, Tennis Australia chair Jayne Hrdlicka sparked a loud chorus of boos from the crowd of 7,500 when she mentioned hopes the vaccine rollout would help end the disruption of professional sports caused by the pandemic.

The fans also jeered loudly when Hrdlicka thanked authorities in Melbourne and surrounding Victoria state for helping ensure the season's first Grand Slam could go ahead.

The tournament was unsettled by the virus crisis from the start, with players forced to quarantine for two weeks on arrival in Australia and fans barred from attending matches during a five-day mid-tournament lockdown ordered by Victoria to contain a small coronavirus outbreak.

Despite the protests, public opinion polls indicate that some 80 percent of eligible Australians are willing to be vaccinated.

Australia has been one of the world's most successful countries in containing the coronavirus thanks to the quick closure of the country's borders and aggressive measures to clamp down on outbreaks through lockdowns and intensive testing and contact tracing programmes.

The vaccination campaign is beginning with imported doses of the Pfizer/BioNTech vaccine and a later phase will use locally manufactured AstraZeneca shots.

The government says it will complete the vaccination drive in the country of 25 million by October.--AFP